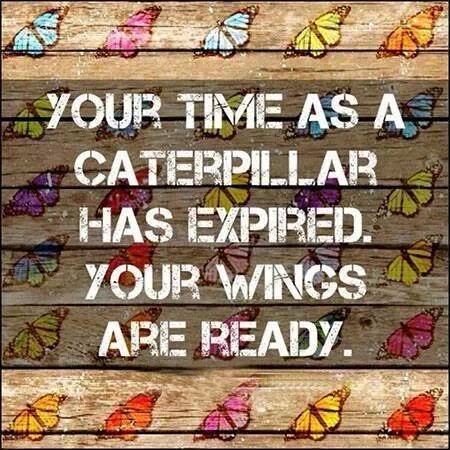 (no source, it was on Pinterest, with URL changed to a commercial site, I hate when they do this)


I know this blog is very me-centered, but that's my way of aprehending my place in the world, as in real life I have exactly four interlocutors, total : my parents, my singing teacher and my psychiatrist. Maybe I could tell my psychiatrist, but I generally have something more important to say than pure vanity. But vanity can be important, as for an example when fat activists reclaim their right to be the way they are through selfies, fashion posts, vidcasts...by the way, I wish I had the stamina to be a fat activist, but most of the times I'm lost in my own head, let alone my body, so I would be a very bad recruit.

The quote above resonated with me in two ways : 1- I wish my wings are coming, now that I'm more stable. 2- I fear my wings days are passé, that I'm an old mite that is damaging its wings against a bright, hot lightbulb.

Strictly speaking about vanity, I was an ugly child and highschooler, and not rich, so I was wearing a lot of hand-me-downs and discount brands (the discount brands of the 90's, when textiles were still relatively expensive and discounter carried very badly cut fare); I was the scapegoat in school since preschool where a group of children used to isolate me and beat me; middle school was relatively OK, high-school saw the return of physical threats with the added bonus of psychologic harrassment). University was a huge liberation, as I was with people who didn't know I used to be bullied, so they didn't bully me. I still wasn't social enough to form real friendships, but I had good buddies, better than the mere acquaintances I had in school. Then I slowly grow anxious, anxious everywhere, all the time. I started being affraid of my fellow students and my professors, I started hearing things I knew weren't true, I started roaming endlessly the city of Paris or going back home in my suburb to sleep instead of going to my classes. I was a very good student. Two years laters, I was unable to follow my classes anymore. Then the big decompensation happened during my exams for my chemistry maîtrise (third year of university). I stopped university altogether. I wouldn't have passed anyway. This is when I started seen a psych.
After a few months, things got better. As I still had hope I could go back to school, and was eyeing a school for noses or other workers of the perfume industry, I accepted a job as a sales clerk in a brand new shop in the mall that had just opened near me, as this shop was all about scents and flavours : jams, spices, condiments, candy, candles, lampes Berger, hookahs, incense, oil burners, essential oils, toiletries...so I felt I could learn a lot and train my nose in passing.
I learnt a lot indeed, in particular about incense, which are far more than the sticks dipped in artificial perfumes we see in bazaars. I learnt about rare woods, resins, japanese incense, the simplest mass blends. Customers needed me to navigate this aisle. I felt worthy and helpful. And sartorially, my then manager let me do whatever I wanted, included romantic goth look and red-rose hair, as she knew I was part of the folklore of the shop and people were telling her they were looking inside the shop and only came in if they saw my red hair.
On the mental health front, I was stable and able to work. Therapy was enough to keep me stable. Life was good. 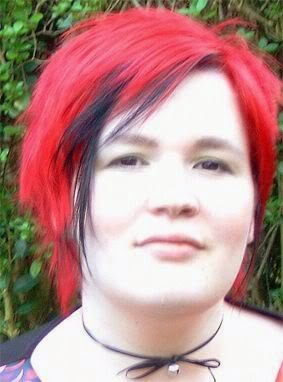 (what if if that was the time where I got my wings?)

Then things started to go pear-shaped again. More anxiety, more halucinations. New managers who fired everybody except me, so no work recognition, all of these feeding each other in an enormous, atrocious vicious circle. I was not able to do without medication anymore. I was not allowed anymore to have unnatural hair. Which is a biggest problem that one could thought, as I have trouble recognizing myself in the mirror or in pics without it. I am more me with pink or purple hair, as ridiculous as it sounds, it's true.
Then there was the holiday season of 2007, the one I still have flashbacks about when I hear the commercial for Kinder Advent Calendars, just because Let It Snow was part of the music that was played at the shop this season. I promised myself I could endure it till new year's eve. Three days later my psych made me a note for me not to work till I was again able to. It took me almost two years and an hospital stay. I have the chance to live under french work laws, where my employer couldn't fire me. So when in September 2009 I was a little better, I was able to go back to my job; but it wasn't the same. People had been fired again, the shop downsized a part of its physical location and stopped carrying rare incense in favour of the easiest to sell bazaar kind. I was doing my best but clearly, I didn't have my place anymore. And I was starting going worse again.
It worked till may of 2010, when they sent a letter to the work doctor with my odd behaviours detailed in it, some true, but most falsely exagerated. He declared me inapt for my job. That's the only legal way they had to get rid of me but, to be frank, I think I couldn't have lasted more than a few months at that stage.
So, second hospital stay, with the usual symptoms and now a bonus : depression. In a few months I put on 40kg. Here is a pic where I tried to retain a part of the old me by dying my hair : 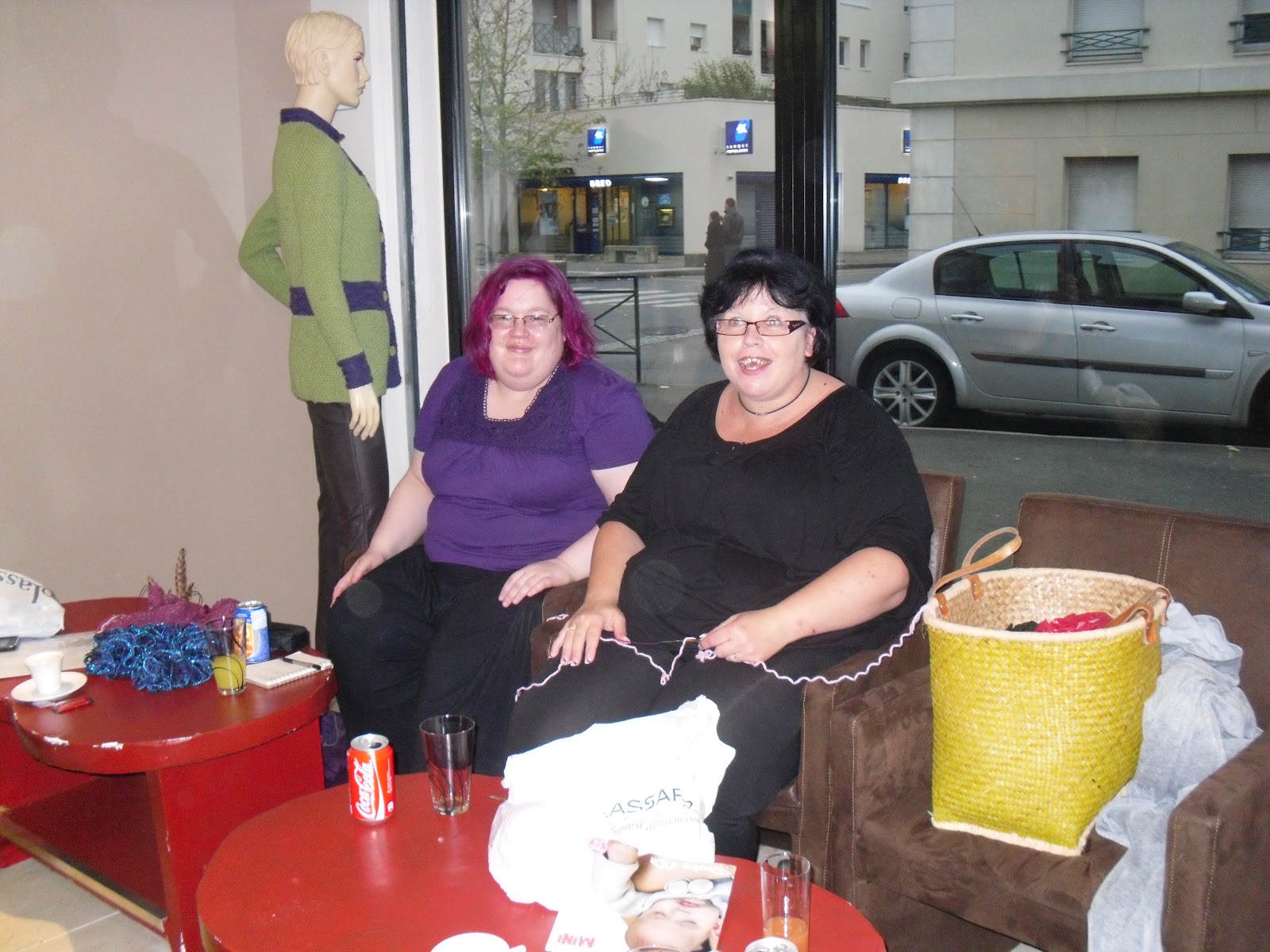 (I am the one with dark cherry hair. What do you think? Burnt wings?)

A few years passed and now I am more stable again, even if anxiety is very high since the start of 2014; I still halucinate, and it's still deconcerting and unnerving when it happens, but it's almost, "routine" halucinations, if you will. I have been allowed to work in a safe environment, in a workshop for mental health patients, and I am on their waiting list.

Here is the pic I like best of me now : 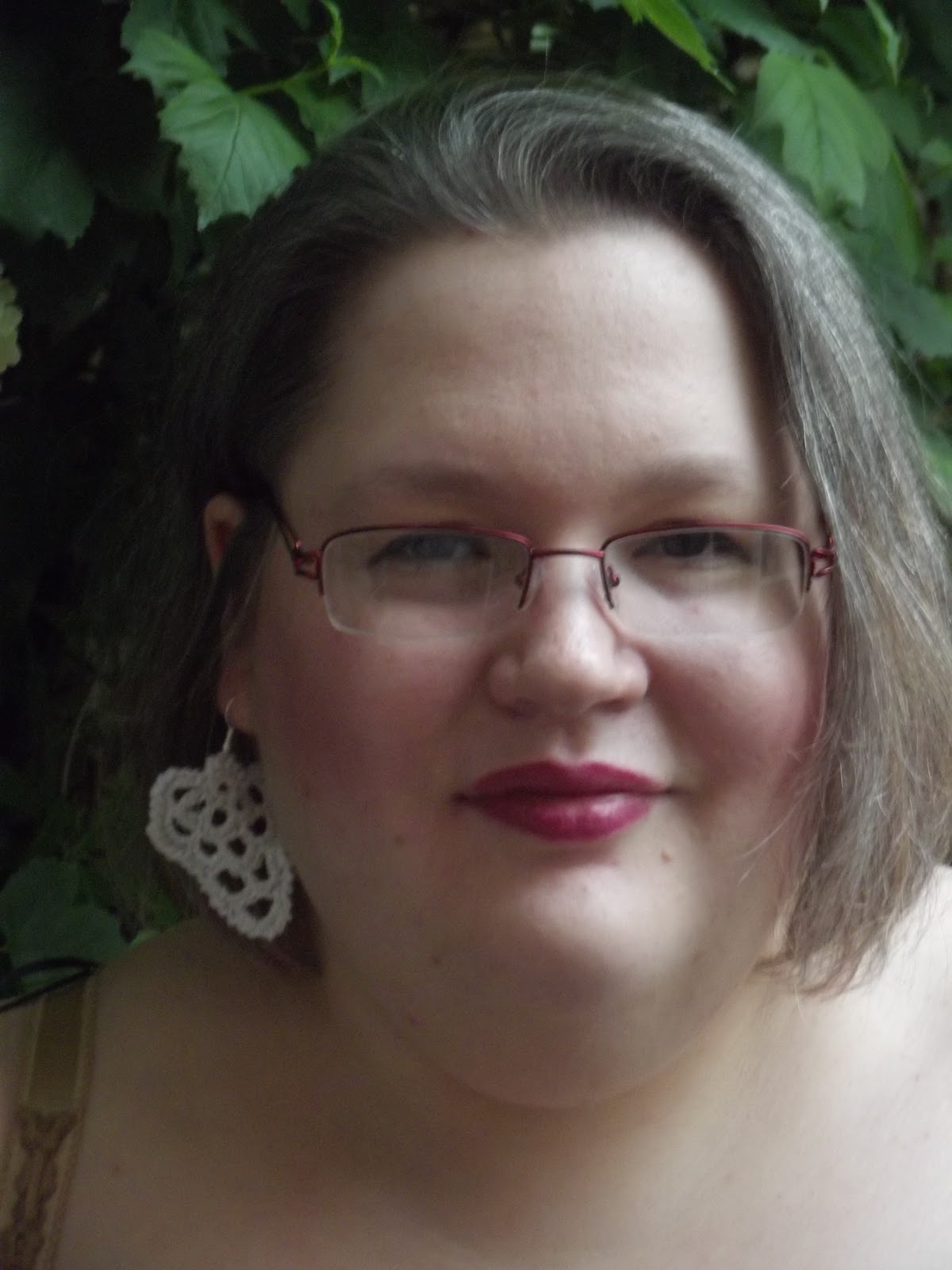 (it's also one of the few pics where I'm smiling)


So I don't know. What if, instead of a butterfly, I was Dicrocoelium dendriticum, the lancet liver fluke, who has a life circle with 3 phases, each one parasiting a new animal : snail, ant, sheep?

Hi. I'll read and post your comment as soon as I can get to it. I'm unfortunately under the obligation to moderate comments, that's why your comment won't appear right away on the page. I apologize for this.